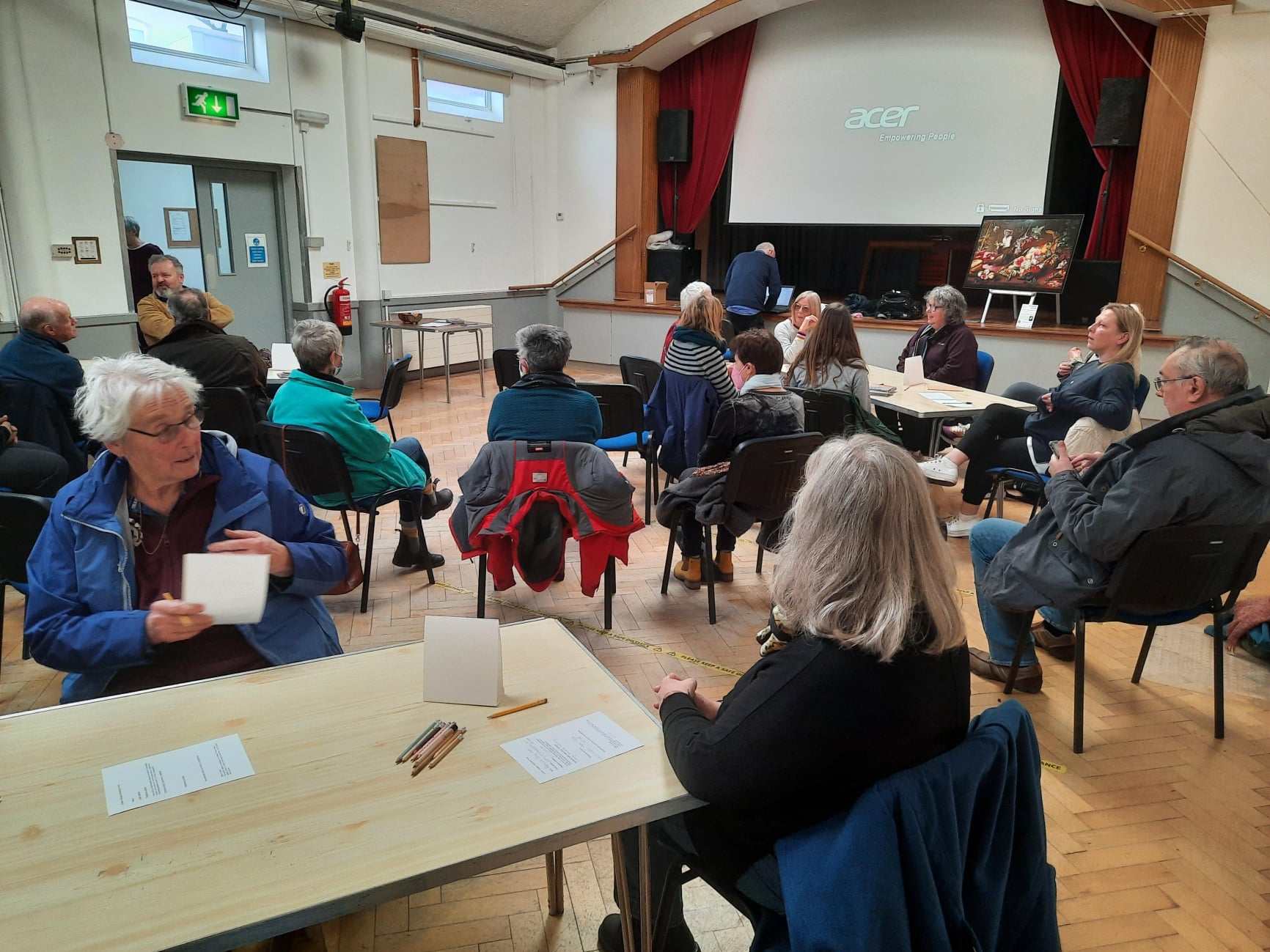 Thoughts after Saturday 26th of February – Scribbles from David Batley

Christine and I approached the door of the Community Centre with some trepidation, the government was assuring us that the pandemic was grinding to a halt but our current personal experience told us that many of our friends and relations in the home counties were self-isolating.

My radio tells me that we are at the beginning of a “post” period, post covid, post the European idea, post austerity and prepared for a more collaborative existence after two years that took us all by surprise, a time of released togetherness.

Entering the room we found the excellent committee had laid out four subject tables with some seven or eight chairs to a table. As the welcoming comments were being given more people continued to stream into the centre until some three times the expected number had arrived.

The plan was that we would circulate from table to table expressing our particular enthusiasms and recording them to form a database. In these almost post-pandemic times this proved rather difficult, touching all four bases became impossible and rumours began to circulate.

How often do the tidal surges occur, what mechanism will operate the shutters, how easy will it be to access the ARTSPACE?

Some great developments regarding improving the building, as a consequence of the collapse of the government initiative to place young people in work a not-for-profit organization was working with ARTSPACE to clean, decorate and to install toilets. Their work will start on the 14th of March.

Most importantly was the discussion regarding the many talents on offer, painters, sculptors, invigilators, curators, illustrators and many others too numerous to list. As somebody who had thought he had come along to listen I was surprised by the open welcome and the ambition to create a centre of excellence that would attract artistic talent to Cromer, attract an artistic tourist to the town.

Even allowing for the almost post-covid shuffling around the Community Centre it was very evident that the ARTSPACE in it`s new surroundings had arrived. 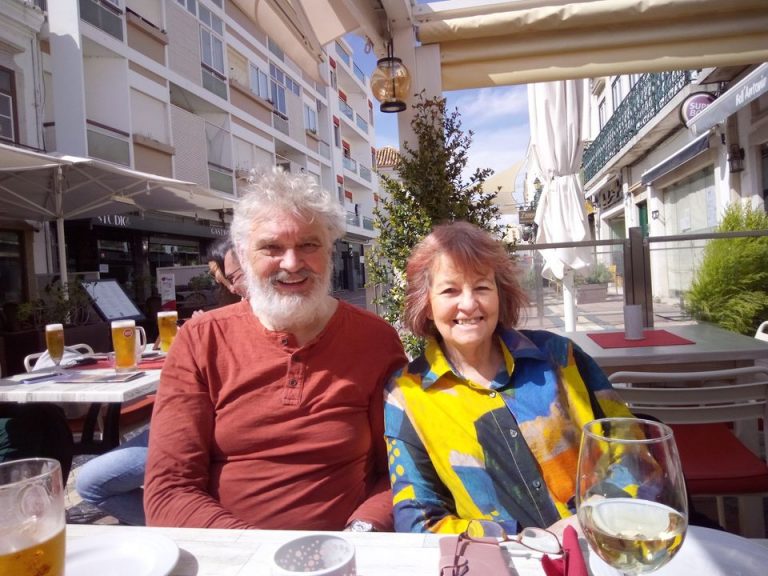 Each year Mike Bossingham takes on the #Walk1000miles challenge. This year Mike is being sponsored for local charities. This quarter he is walking for Cromer Artspace! Please donate to help Mike reach his target. 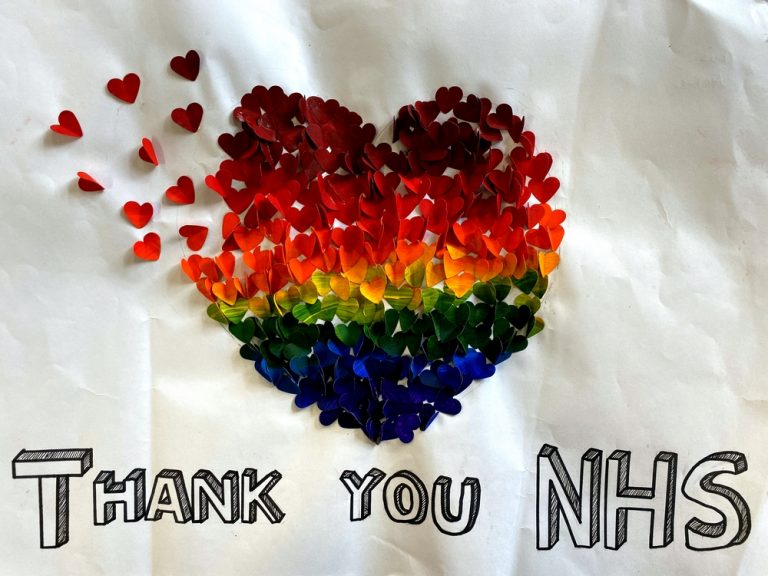 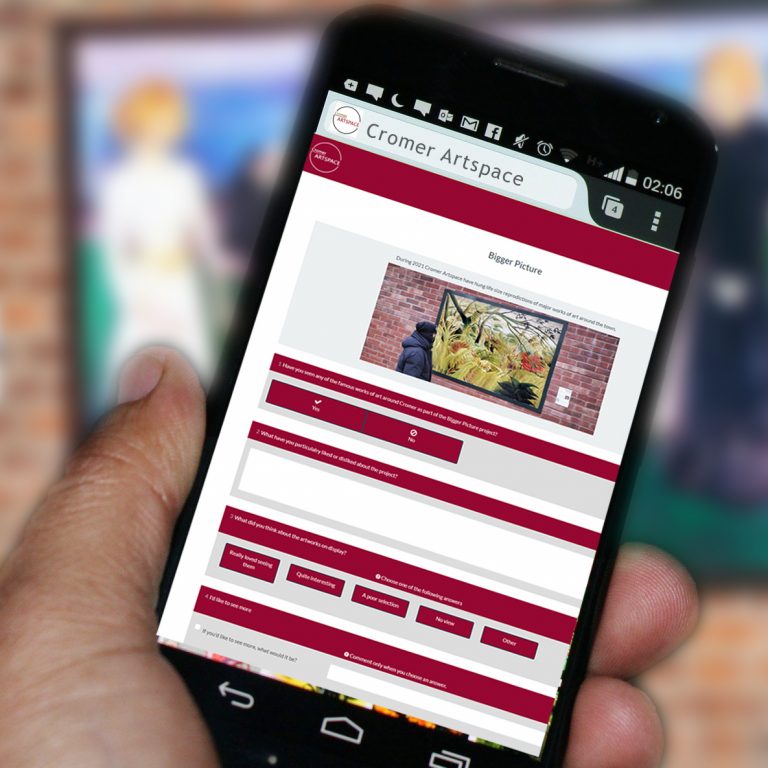 A huge thanks to the almost 200 people took part in the Summer 2021 Cromer Artspace survey between July and October 2021. There was a real feeling that, whilst there is an undercurrent of art in Cromer, things could and should be improved. read the full report here Most respondents thought there was a shortage… 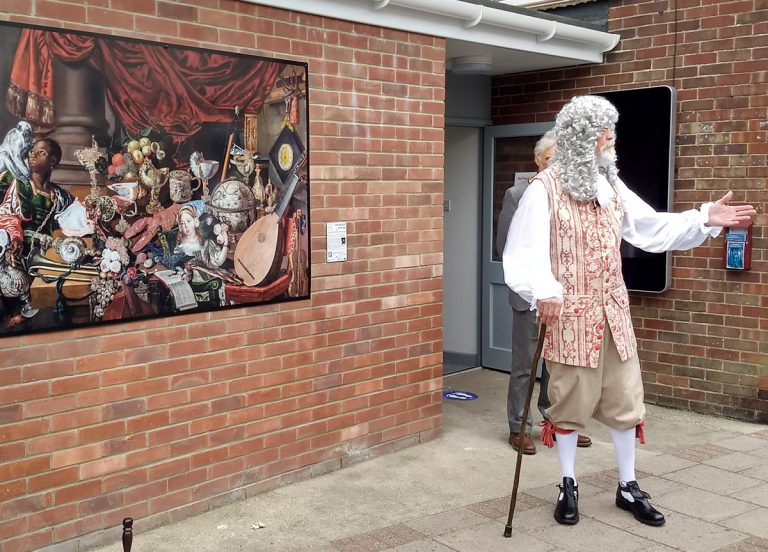 The latest artwork to be added to the Bigger Picture range around Cromer is The Paston Treasure, unveiled by Robert Paston.

One of Cromer’s iconic seafront buildings has been given a new lease of life with plans to redevelop the Art Deco building on the promenade. Cromer Artspace and North Norfolk District Council have agreed plans to turn the building into a new Art Space for the town. The charity, which was behind the Bigger Picture…

Please support us in raising money to give an iconic Art Deco seafront building on the Cromer promenade a new lease of life. We will be redeveloping it into an Art Space for everyone to enjoy. This Iconic Art Deco building at the west end of the Cromer Promenade sits empty, in need of love,…