A heart warming, soulful musical journey into the history of ordinary people living along a short stretch of cliff in North Norfolk. 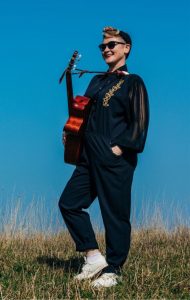 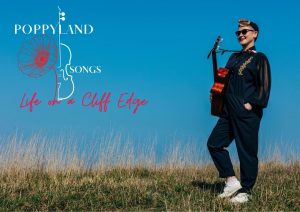 Part concert, part social history, Poppyland Songs is a heart warming, soulful musical journey into the history of ordinary people living along a short stretch of cliff in North Norfolk.

Bertie has embarked on a journey celebrating the lives and telling the stories of those who’ve lived and died in Poppyland. Through song and storytelling, she explores life, past and present on a cliff edge in North Norfolk.

Poppyland Songs was inspired by journals belonging to her great great aunt, Kit Hood, which were found in the house where Bertie grew up in Sidestrand. The journals documented the rural lives of Kit’s neighbours over 100 years ago. The lives of people who would otherwise have been invisible have been captured in stories, local lore and song all in their own words.

Bertie Anderson Haggart is an award winning musician, composer and lyricist born and bred in North Norfolk. For the past ten years her work has been with The BeauBowBelles, an alternative swing folk band and Bowjangles, the theatrical comedy string quartet with whom she has performed internationally in Australia, Portugal, China and New York as well as all around the UK including at Glastonbury Festival and Edinburgh Fringe where they won the Spirit of the Fringe award 2018 for ‘Excalibow.’ Bowjangles have also been featured on CBeebies ‘Yolanda’s Band Jam’, were nominated for Rural Touring Awards Best Practise 2019 and are currently touring their self penned comedy musical ‘Dracula In Space’ for which Bertie composed the score.Her original music has been featured on BBC 6 Introducing, BBC Wales, BBC Radio Norfolk and BBC Radio London. Bertie and Poppyland Songs has been nominated for the annual Norfolk Creative Arts Music award.

Bookings are no longer available for this event.