A night from some top class comedians 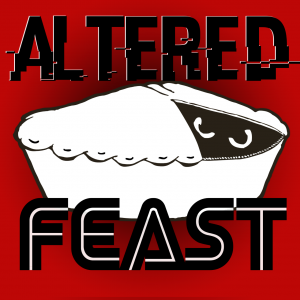 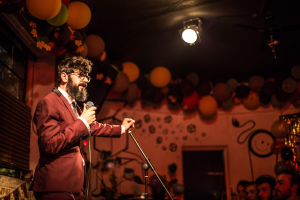 Tom Clutterbuck is the organiser and host of “Altered Feast”, Norwich’s favourite alterative comedy cabaret night.  Tom has been performing comedy since 2004, although spends more time working behind the scenes as a co-writer, director, and technical designer for some of the most successful comedy show on the Fringe on UK touring circuits. As an MC, he is known for his wry observations, improvisation and oddball audience interactions. 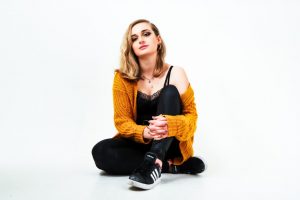 Ciara Jack: Amused Moose and Funny Women Comedy Awards Semi-Finalist. Ciara is a comedian, writer and actor who hates writing about herself in the third person. Ciara has written and performed comedy sketches for the BBC’s New Comedy Show on BBC Radio Norfolk since 2015. Her Joanna Lumley and Boudica sketches were particularly popular for her ability to mock celebrity voices. 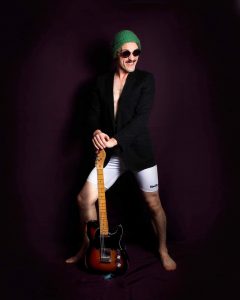 Dave Hazelnut‘s comedy cannot be described, but rather has to be seen to be believed.   He’s like a rock and roll Andy Kaufman, but considerably less annoying than that sounds. 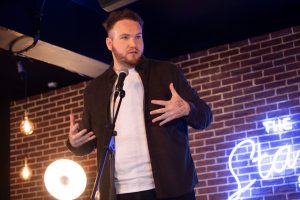 David Alfie Ward was born and raised in the east end of London. He started stand up in a small bar in his home town, and has gone on to play some of the biggest clubs in the UK and internationally. He has featured on TalkSPORT, Capital FM, ITV, BBC 5Live and Ladbible, and has supported Dane Baptiste and Darren Harriot on tour.

Bookings are no longer available for this event.